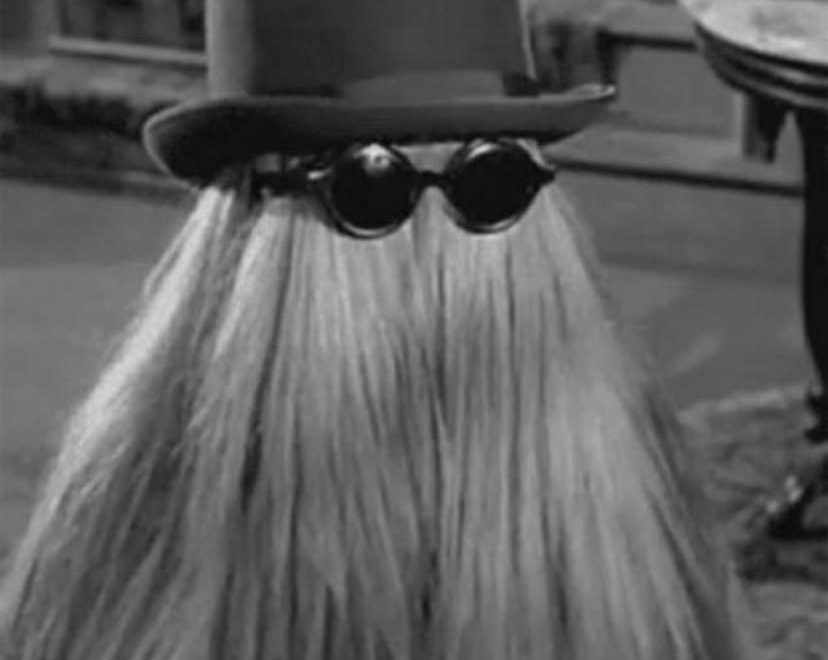 When she was born, the beard didn’t seem like such an issue. We tucked her up in pink blankets with ruffles and frills of ice cream white and let the tendrils of her facial hair rest delicately on the upper edges.

At first, we enjoyed people’s reactions and – if anything – it brought us closer together as a couple. If it was cold and we’d zipped her anorak hood up over her little chin then only her faint moustache looked out of place. Old ladies and regular baby-botherers were rarely that sharp-sighted and didn’t even see it. Sometimes Albert and I were disappointed that they didn’t recoil or gasp and we had nothing to talk about between ourselves.

As she got older, other traits began to show – tiny irritant things that festered like growing pearls in mine and Albert’s relationship. She started to eat moss. Pale lime lichens were her favourite. She would crawl across the forest floor, fat pink knees picking up dints of twigs and last season’s skeletal leaves, and upturn stones to hunt for snacks. Her strength for such a young child was remarkable.

Her nails grew thick and wide and made marvellous spatulate chisels to prize the moss from its stone bed. I thought she was a wonder. ‘Look,’ I’d say to Albert, ‘Watch the way she seems to snuffle the moss out. I swear she could smell it from the car.’

‘I don’t like the way her beard catches under her knees when she crawls,’ Albert answered. ‘I wish you would trim it.’

And later, in the dark of our marital bedroom, our heads propped parallel on our pillows: ‘She makes pig noises when she hunts for moss,’ said Albert.

‘And?’ I asked, certain that he would find those squeals and oinks as charming as I did.

‘It makes me feel uncomfortable,’ said Albert. ‘My mother would be horrified.’

So far, we had kept Albert’s mother away. It wasn’t so hard, she was in France and we were hidden in the corner of a forest in Eastern England. If she threatened to visit, we would touch wood and invent a virus; the baby has a cold, measles, foot and mouth.

When the baby learnt to toddle, she took crashing strides through the undergrowth. I tied her beard up tidily in a pink scrunchie lest she trip. The scrunchie was terry towelling and had a tiny toy dog in pale plastic hanging from it. She looked so beautiful.

One day, Albert asked the question we’d all avoided. ‘She’s not mine, is she?’

‘Hmmm…’ I was stalling for time. I reached out and took a blackberry from a briar, I ground the seeds thoughtfully between my teeth.

‘Do you mean biologically?’ I asked.

‘What other way is there?’ said Albert and I knew he could never be her father in any sense.

‘Remember that huge hirsute man we met in Belgium? The one with the laugh?

Albert made a face – he was becoming uglier by the second.

‘You didn’t like him,’ I said, ‘You thought he had appetites.’

He was uncouth,’ said Albert and lumbered away through the hazel striplings, tag of brambles catching at the edges of his trousers, ants and beetles slaughtered beneath his thoughtless feet.

I heard him go but I didn’t bother to watch. I didn’t take my eyes off the baby.

My daughter sat, her dumpling legs outstretched on the leaf mould and moss caught in the pony tail of her beard. She smiled a smile that lit up the forest like a fire. She burned in my heart.