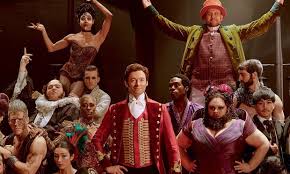 I’ve seen The Greatest Showman twice now and intend to see it twice more before it leaves the cinema. It’s a glorious, old-fashioned musical and I heartily recommend it.

PT Barnum was no saint, if the storyline is to be believed, but what’s so interesting to me is the part of his personality that makes him – constantly – doubt his own self-worth and his achievements. I have a huge, and sometimes insurmountable, streak of this in me: one of my school-friends once described my daughter (as a child) as ‘like you if you’d had confidence’.

I have absolutely no doubt that this deep-seated doubt and need to have friends and family constantly prove their allegiance comes from being an adopted child. I was adopted at 9 weeks old, and have no way of knowing whether I was with my natural mother for that time or in foster care. I was born in an unmarried mothers’ home in Liverpool and my research shows that mothers were encouraged to keep their babies with them while they were in the home, partly as it made it easier to care for the infants, and partly to make sure the mothers ‘learnt their lesson.’ When my parents picked me up, it was from a foster home in Liverpool where a number of babies were being looked after. No one knows, or at least remembers, how old I was when I arrived there.

In the 1960s, 150,000 children a year were put up for adoption. At the end of that decade, the Abortion Act became law and far fewer young women, and babies, were forced to go through the trauma of separation. My granddaughter is nine weeks old this week: she smiles, she communicates, and she looks at her parents with such love and adoration. It cannot be possible that losing that security and bond, even at that age, leaves no effect on a human being. Attachment Separation Anxiety is a very real thing that can follow people throughout their lives and can make relationships very difficult, even just with yourself.

When I introduce my, rather naughty, spaniel to people, I always excuse him because ‘he’s a rescue.’ There was a time when we didn’t extend that amount of understanding to human beings. I was a tricky child, an awkward teenager, and even as an adult I’ve never shaken off some of the demons – nowadays, I try and ask myself (before I think it’s my fault or that those around me might not really love me) ‘is it because I’m a rescue?’

It’s so important to think twice about people’s behaviour and what it is that might be behind their motivations. We can almost never know. It’s important for writing too: a writer needs to be absolutely aware of these chinks in the character’s armour, of traits and motivations that the character may never have actively recognised in themselves, if the character’s actions are to be in any way robust or plausible.

I know the echoes of this Separation Anxiety can be very tiring for my family and friends and often put a strain on relationships but luckily for me, like Hugh Jackman’s P T Barnum, I am loved by more than just a few good people.