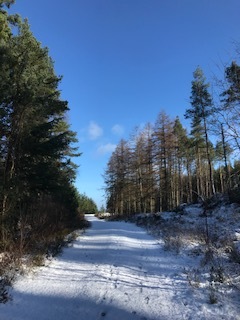 I wrote this short story a couple of years ago about a dream my husband had. There is a lot of sadness around at the moment, but there’s a lot of love too: the world is still a beautiful place. Feel free to share this with anyone you feel might find comfort in it.

You used to think you could smell danger on the air; hot summer nights with a whisper of violence, storms brewing under heavy clouds that whistle up anger. The reality, it transpires, is that only film directors and jazz musicians make it like that. Reality smacks you hard across the back of the head without warning. It knocks the life out of you.

At first, you don’t realise what’s happening. You lift your head up from the ground and try to sit up; just like in the movies. You look at what you think will be your feet but you can only see the top of your head, the bald spot – wider than you’d imagined – with a few strands of hair crossing it, clinging to youth.

The people around provide a soundtrack and a picture of what has happened.

‘Just standing there, waiting for a cab.’

‘A bottle right across the back of his head.’

The props add to the dialogue and your eyes sweep slowly across the scene. There is blood; a thick dark violet oozing and pooling on the pavement underneath you. There are fragments of glass like diamond dust on the cold stone.

You stand on feet that no longer connect with the Earth and wonder what to do next. Energy fizzes through the air. Colours alter. Faint smells bring ideas that haven’t surfaced in decades; the skin of your mother’s neck, soft and warm: the weedy damp of ponds and the mucus stink of tadpoles in sacks. You are, at once, old and new.

The worried people are out of earshot now. They mill about below you like ants but you still feel them, just as you know they still feel you. The frantic activity is left to those on the ground: the onlookers, the bystanders, the paramedics and police with their shepherding and organising. You feel calmer than you have ever been in your life.

The striding is not the first thing that you notice. A blending of the senses comes before the climbing, the buoyancy, the freedom. There is the thick yellow smell of daffodils, the sharp green of pine, the sticky cold of pink ice cream melting on your skin, the sting of sea salt spray; you remember everything and nothing.

To take in this wide new world, you look above you. There are infinite strata of people in all sizes, shapes, colours. They are all ages and all nations; they are serene and long-limbed. They move above you with the grace of clouds. You peer up, up and up but there is no end to the striders, gossamer-fine, crossing the sky like puppets.

Your first stride takes you home. In one long bouncing step, you see your house – its warmth surrounding it like an aura – and your people. You hear what they have to say.

‘We laughed and laughed.’

‘By the time he climbed down off his high horse we were howling.’

Their words are funny, poignant. They are memories in every shade and hue. Some of the stories are long and lurid with detail; you relive them as the words tumble out. In the ethereal sinews and wispy fibres of your strider self, kindness tickles like a touch.

The heart you used to have would stay longer with your people, would be drawn to them like moths and the moon, but striding is a compulsion. A wind, somewhere, turns and you move on. It is a strange breeze that you don’t understand and can’t predict but it blows you, downy and light, to and fro, here and there.

You stop by an old man in a dark room, almost touching him, close enough for him to feel you if you had a body that he could see. For a moment there is no connection, no sense of a story from him and then a faint picture comes; a scratchy memory, musty like damp wool. The old man, rheumy and bent-over, is leaving a department store. It is cold and wintery. You hold the door open and he slides, skin and bone, through the gap. It is a small gesture but it is the only gesture in a long day of loneliness. He remembers you when he sees your picture in the paper and his thoughts call you to stand beside his armchair for a moment.

Over what might be minutes or months or millennia, you become more proficient at striding. You see people and places you thought you had never been, had never touched.

There are, now and then, tiny fragments of sad conversations that you settle on lightly with your gauzy self.

‘I feel a little as if he let me down. Perhaps he grew into himself; perhaps he was different as an adult.’

If you had breath, you would purse your lips and blow on the people, try to warm the past and apologise but, as a strider, all you can do is wish. You wish away their disappointment and leave silken cobwebs of remorse above them. Perhaps they feel them, perhaps they don’t. You stride more lightly knowing that you have tried.

From time to time, when you join the traffic of striders, invisible to mortals, you see faces that you know. Knowing is different now; like everything else it is an understanding rather than the recognition of faces or reputations. When you pass people from history, their striding is hurried, their witnessing wider than your own. You are not called as often or as fast. The sites you have to visit, the conversations and thoughts you are compelled to hear, are almost always nostalgic; they are inevitably warm. The muscles you once had shiver when you think of being someone with more to answer for.

As a strider you saw the peaks of snow-capped mountains when you were carried in the heart of a friend, and the sparkling Patagonian salt flats with a student you met once on a train. You showed her the photographs in National Geographic and she grew the idea from a seed; it took her twenty years.

In a parched country, on bare red soil, a boy draws shapes in the dust with a stick. His grandfather, eyes wrinkled in the glare of the sun, corrects the lines and curves of his letters. When the boy falters over an ‘s’ the old man takes the stick and draws a swooping snake-shape, perfect in the sand. The old man is thinking of his school, built with money from a faraway land; he has passed on his knowledge to hundreds of children. You stand beside him in the dry heat and a tiny striped spider inches its way across where your foot would once have been.

You have dived and buried and flown and climbed. The striders thin out above you now. People still think of you fondly but they speak of you less often.

You are called more to consequences, less so to conversations. The connection can be oblique nowadays – strung out across generations – but you are a strider, you trust in the Universe. You go where you are sent.

The call to swim beside the ancient turtle is a special one. His underwater world is a wonder; tides and colours, fronds and tiny fleeting fish, blue light and yellow sand. His huge shell is scarred with barnacles.

You hear the song of the turtle like the pulse you are used to forgetting. It courses through you like a brook, and a spring woken from a winter sleep rushes through you where your blood once was. He sings to you of the wet carrier bag you once fished from the sea before some innocent creature had a chance to swallow it. You remember laughing and chasing your people with soaking hands outstretched. You pinched your fingers together and carried the bag like a bad smell to a litter bin.

You hear in the turtle’s song that he has hunted jellyfish for a hundred years. He sings to you of the clean path he followed through an almost-ruined sea; he sings of his age and his majesty, of his children’s children who populate the oceans.

The future is not as you once pictured it; it is paler and less sophisticated.

A woman sits at a rough wooden table. A small boy perches on her lap, one leg swinging in that way that boys have. His jumper is beetroot red and saffron yellow, it has been hand-made by someone who loves him.

The little boy is drawing leaves. He holds his tongue between his teeth. His pencil presses hard against the paper and you hear the drag of its dull point as he draws.

‘How do you know the leaves, Grandma?’ he asks the woman.

She kisses the top of his head. ‘Because my grandfather told me when I was a little girl.’

‘Do you know all of them?’ His eyes are wide.

She nods her head.

‘I’m going to learn all the leaves,’ says the little boy, ‘even from the trees that have already disappeared. And when I grow up I’m going to draw them for my children.’

His eyes are round and earnest; they are the exact blue eyes of child you held a hundred years ago, back when you still had arms, back when you still needed a beating heart to feel love. Oh, how you worried for that baby then, for all the things in Heaven and Earth that might hurt her.

You need not have worried. You have walked across the whole Earth; it is still a beautiful place.

You have learnt to trust in the Universe.