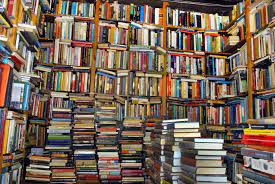 A couple of nights ago, randomly browsing the TV for a nightcap, I chanced across Four Weddings and a Funeral. It’s long been in my old-favourites’ list; not least for Simon Callow’s adorable (and awfully sad) depiction of Gareth (and it’s got W H Auden). I liked it too, at the time, for being inclusive: having a main character with hearing loss was forward-thinking at the time (especially as he was played by the actor David Bower who is deaf). As I watched it this time though, I realised that Charles’ brother David isn’t actually included in many of the conversations in the film; just one of the starting points for my sudden – and quite Damascene – experience.

Carrie (a role that many people still haven’t forgiven Andie Macdowell for) isn’t very nice but Charles, Hugh Grant at his Hugh Grantest, is an absolute shitbag. His character floats adrift in a sea littered with failed relationships; some with women smart enough to laugh at him, others (like poor Duckface) who are broken-hearted. And then, after sleeping with Carrie behind her fiancé’s back, he stands Duckface up at the altar. No wonder we needed Helen Fielding to come along and show us that these men (who were being coo-ed over and judged as ‘harmless’) needed to be rebranded as ‘emotional fuckwits’. And thank God she did.

This trope of ‘men who can’t help it’ ran for years in fiction and the media. In many respects it still does. A side note here, I’ve been dying to write the word trope in a post forever – ever since my friend Tracy told me what it meant. Coincidentally, when I woke up the morning after watching the film, Molly Ringwald’s piece had appeared in the New Yorker (a piece I really recommend you read). She writes so brilliantly about art that you ‘can simultaneously love and oppose’ that I urge you to read her piece.

Women’s fiction has run this trope (I mistyped then and put ‘tripe’) for years. It’s refreshing that the decade that has brought us #MeToo has also brought ‘uplit’, fiction designed to show us that kindness is the real route to happiness, and that women’s fiction doesn’t need to involve a feckless twat being, almost, tamed into a useful life partner. Rachel Joyce, Ruth Hogan, and Gail Honeyman have carved out a genre that is far more empowering to women, friendships, and personal strength, than the traditional depiction of romance.

Kismet, really, that Charles and Carrie should end up together. She was prepared to cheat on poor old Hamish, although she said she ‘wouldn’t do it once they were married’ and he jilted Henrietta at the altar: AT THE ALTAR, let’s think about that. We were rooting, through that not-so-real-rain, for a boy and a girl who were both emotional fuckwits.

I’ve only got one thing to say to you, Carrie (or, for that matter, Charles), be careful how you get them, because that’s how you lose them. And that trope doesn’t ever change.